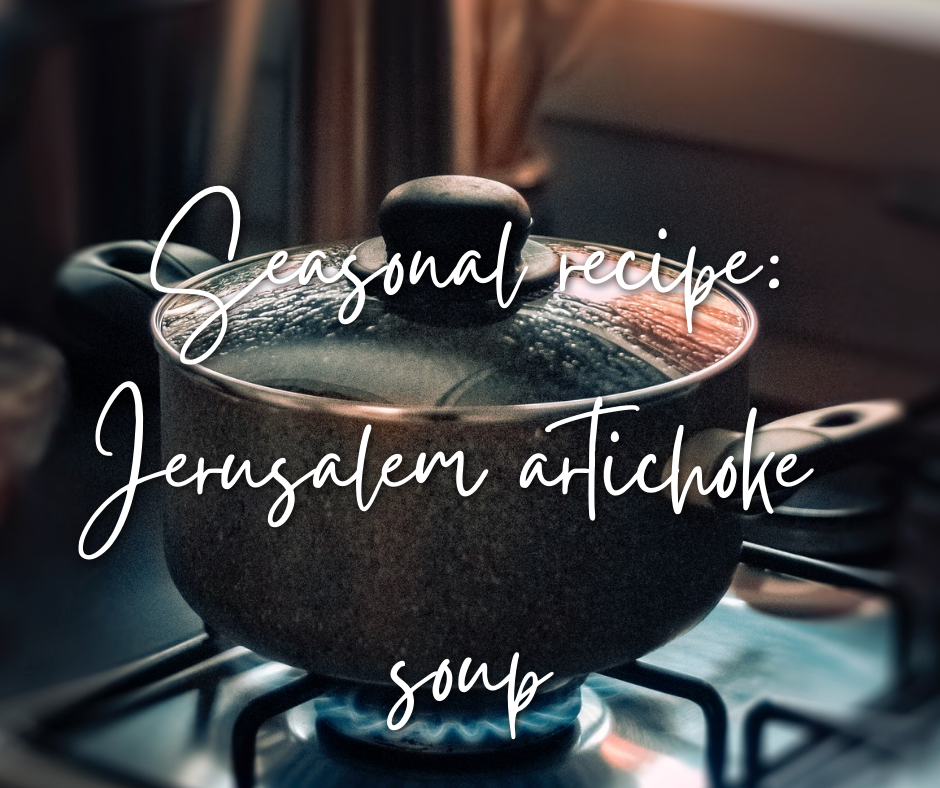 A Jerusalem artichoke is a funny thing that isn’t actually at all what you’d expect it to be. Don’t let the name deceive you – though it’s similar in flavour to artichoke, this gnarled but tasty tuber is actually more closely related to the sunflower. It’s not from Jerusalem, either – this part of the name is widely considered to be due to the Italian word for sunflower – ‘Girasole‘. The plants can grow up to three metres tall and boast splendid yellow flowers – but for this warming soup recipe, it’s the small, below-ground tuber we’re interested in. 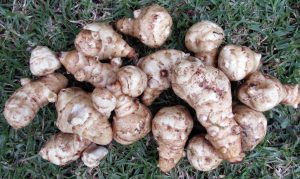 Jerusalem artichoke looks very similar to ginger or turmeric root – bulbous and gnarly – and it’s in season in January in the UK. It has a flavour that’s really unique – savoury and subtle, comparable only really to a combination of potato and artichoke, and when it’s cooked into a soup it brings a beautifully smooth, creamy texture. It’s also a great source of carbohydrate, fibre and protein. I love this recipe for Jerusalem artichoke soup as it lets an often-underrepresented seasonal ingredient sing and makes a hearty and comforting meal. You just can’t beat a hot bowl of soup with a crusty piece of toast on a cold afternoon!

I’d love to know if you’ve tried this recipe, or Jerusalem artichoke in general – what do you think? Happy cooking!