Potting up and potting on 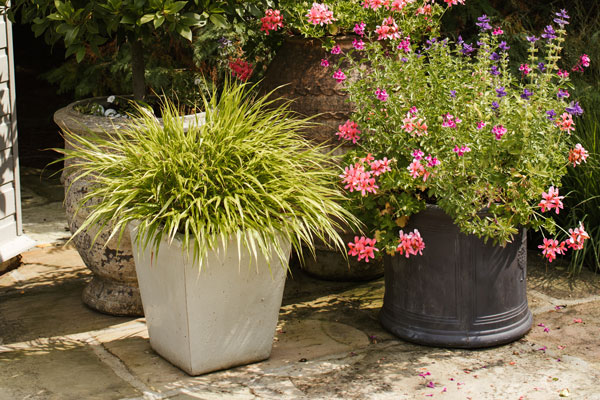 For me, potting up is one of the most exciting springtime garden jobs. This is when you introduce seedlings or rooted cuttings to their first pot – their first home! If you’ve been sowing seeds or propagating cuttings in your greenhouse, around April time they will be ready to pot up. Often, people I speak to find it nerve-wracking to handle these young cuttings – but with a bit of care they’ll be thriving in their new homes in no time. 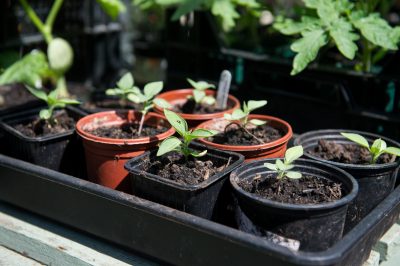 In this article, I’ll walk you through the process of potting up cuttings, and also give you some tips for potting on – that’s moving a more mature plant from a pot it’s outgrown, to a larger one.

If you took cuttings from your garden plants last year, they will have lain semi-dormant in your greenhouse or similar space over the winter months (find out more about taking cuttings from your garden here). They will hopefully have rooted nicely and be coming back into steady growth, so it’s time to give their roots a bit more space to grow into! Plants like geraniums, fuchsia and other frost-tender perennials will be the first to require potting up. It’s a good idea to use specific potting compost that is nutritionally balanced and light enough to support the young plants, and to let the plants dry out slightly before you plan to pot them on so that the root ball shrinks and is easier to handle. 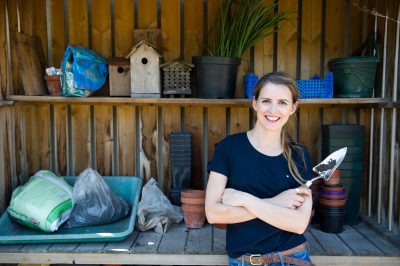 When your potted plants have filled their current pot with their roots, they can start to look top-heavy and will need potting on – moving to a bigger pot –  to prevent them from becoming pot-bound, which hinders growth and access to water. If you suspect a potted plant may need potting on, it’s a good idea to tip it out of the pot to see if the root ball is packed solid, or another dead giveaway is when you can see roots poking out of the drainage hole at the bottom of the pot.

Always bear in mind that it takes a plant a few days or weeks to adjust to their new home, so don’t expect a rush of growth straight away. It’s also worth keeping an eye on your potted-on plants for signs of leaf yellowing, wilting and compost sogginess after the first few weeks, to make sure you haven’t mistakenly overpotted your plant.

This is a great garden activity that really leaves me with a sense of satisfaction – and  seeing your cuttings and pot plants thrive is really satisfying.